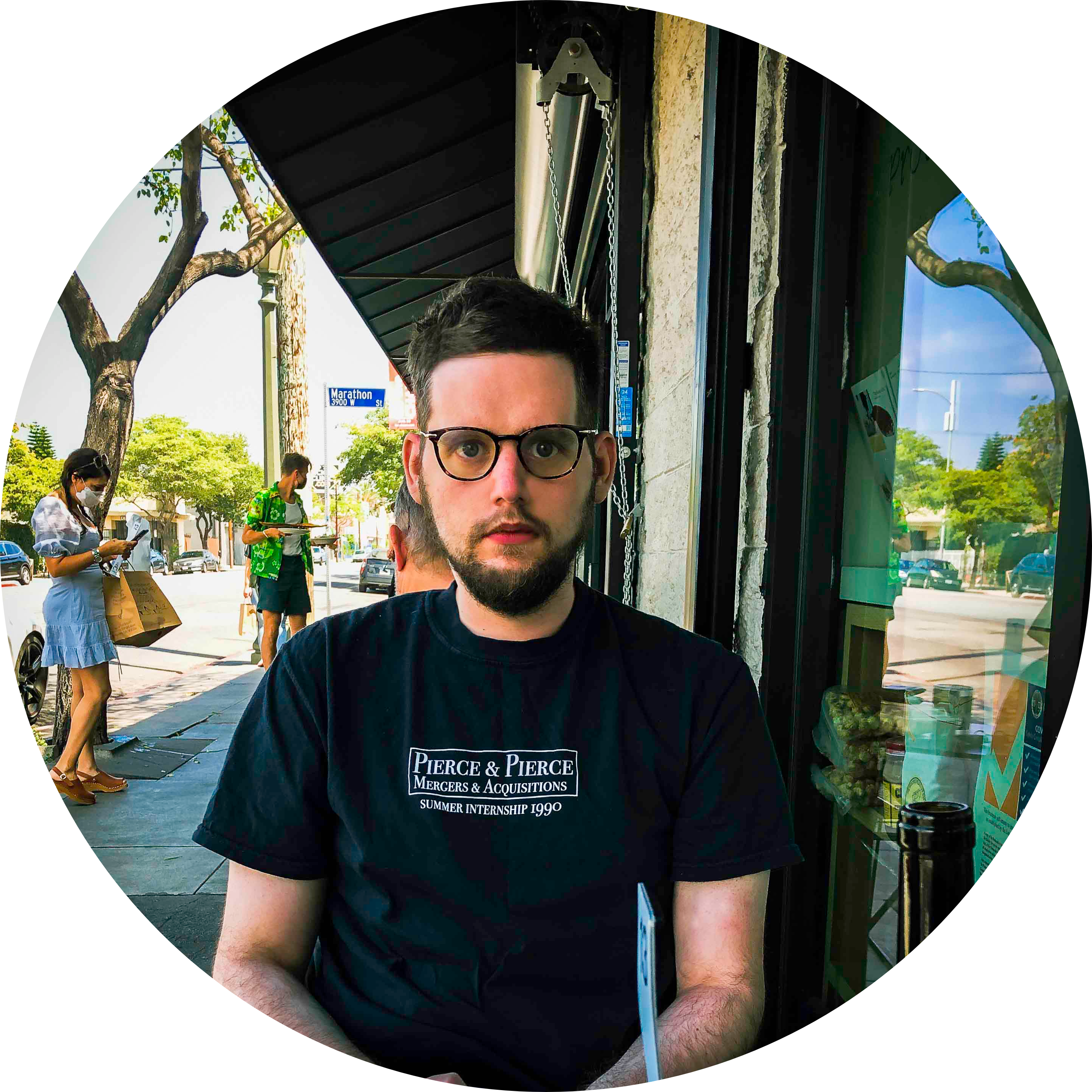 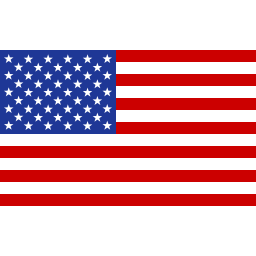 Here's my resume. Just click, and view it. If you have a slower machine, or don't have Acrobat installed, I've also attached a .txt and a .docx version of it below for your convenience.

To see the Command Line Interface version of my website please visit www.mmendy.com/cli

In 2019 I created an open source client library which acts as a thin wrapper for accessing Stackdriver's public REST API. https://en.wikipedia.org/wiki/Stackdriver

I'm currently apart of The Atlantic's (Magazine) COVID-19 Tracking project. I'm sifting through numbers, data, to make things in a visual format to give the American people the best possible and reliable data that's humanly possible with some of the most talented engineers in the United States of America.

Visit the Windows 95 friendly version of my website for a software and hardware friendly user experience www.mmendy.com/windows95

Checkout the Jeopardy game I made about myself, see how much you know about me, it's built in React and it's very fun www.mmendy.com/trivia

Look at some of my open source projects on GitHub. Don't forget to fork and commit. https://www.github.com/montana

I also make proprietary recruiting software for companies that use Elixir and Python that scrapes and looks for people in a very specific way that hasn't been really been done in the industry to date.

Before I made money off bitcoin, I had/have my own company (meaning I'm taking a break from deploying more to the codebase, but making sure it doesn't become deprecated) that was featured in the SF Chronicle.

In my 10+ years I've deployed and managed highly available server systems across the world from small office deployments to large-scale multi-site data center deployments, through all stack layers from networking up through application-level.

Generally in the Linux community, I'm known for fixing a Broadcom chipset issue for people using the "ndiswrapper" on Linux based operating systems to use Microsoft Windows wireless drivers.

Feel free to check my GitHub out, I've made a dotfiles repo which contains my .vimrc, tmux.conf, .bashrc and more. There's also some open source tools I've created you might find useful. Below is the article where my company was featured in the renowned SF Chronicle.

With an unlimited amount of tools and frameworks out there on the internet, specifically in helping you save time and making life easier, I'm proficient in the ones that matter. For example the JS Task Runners running on top of NodeJS. There's countless of them, but I am extremely proficient in Brunch, Gulp, Grunt, Chaplin, and Brunch-With-Chaplin.

I'm currently building a ephemeral code jail for my company Prowl, it is open source. It's called Calaboose. Feel free to check out the source code here: Calaboose. 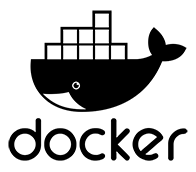 I'm also proficient in all container technology, this includes Ansible, Docker, Nitrous and Rancher. I'm particularly proficient in Docker, since Docker is written in the Go language, it's easier for me to navigate and edit source code. I also work with analytical clients like DataDog, Periscope and Mixpanel fairly reguarly.

In my 10+ years I've deployed and managed highly available server systems across the world from small office deployments to large-scale multi-site data center deployments, through all stack layers from networking up through application-level.

To see what I'm brewing up in the tech world from time-to-time you can check out the Prowl GitHub, or my personal GitHub. I'm usually working on SQuirreL SQL, HamlJS, Django fixes, or the NPM package manager on my free time.

I'm also an expert on mining Bitcoin. In particular, tracing where the Bitcoins are going and what they are being allocated to. Below are all my social things, feel free to contact me, that's not a guarantee I will respond.

Wrote in C and Objective-C using practically every iOS Framework for the majority of the app. OpenGL for the camera stack, Python based web framework Django for the backend. Used JS TaskRunners such as "Brunch" and "Grunt". Ruby on Rails for the majority of the web application, along with some NodeJS. Medium article I wrote about Path. You can read it here.

Rebuilding and patching the RGSoC Rails application. Testing Enterprise using Docker and Kubernetes. Deploying fixes that are given to me in Rails, also working good under pressure/deadlines. Solving pull request issues on GitHub.
montana@travis-ci.org

The COVID Tracking Project at The Atlantic (Magazine)

Currently figuring out the role I'm taking in a more permanent form. I want to help end COVID-19 and to do that, use my 10+ years of software engineering experience to help.

As we all know Virtual Machines tax performance. Containers are too new and insecure, forcing you to redesign app deployment flow. The hypercloud unit of computation is the Terminal Machine (TM, or just Terminal). TMs are the best of both worlds: you get the security and familiarity of full operating system instances with the bare-metal speed and efficiency of containers. TMs rebalance and migrate seamlessly without reboot to maximize efficiency of your cluster. Terminals resize from 1 CPU to 32 CPUs and 50GB of RAM when you need the power, in seconds, with no reboot. They automatically pause or shrink back down to save you money.

Prowl has been in development for over 3 years now, and the technology behind it, time and time again gets offered to be bought out, but I am so passionate about this project, that I'm releasing it, and going to see dreams come true.

Doing kernel patches that really were designated in helping the "ndiswrapper" easily use windows drivers, and allocating resources a lot more intelligently when using ndiswrapper and using these certain modules.

I do various things at Revfluence, mainly writing automation scripts in Python and Elixir to help find candidates, and grow the team, then probably rolling to Sr Full stack engineer after.

LASOR was an agile, data-driven research organization studying the progression of Non-Alcoholic Liver Disease or NAFLD. According to the American Liver Foundation, 25% of Americans live with NAFLD and are progressing without treatment options. LASOR is committed to reversing this trend through partnerships with key industry leaders, medical and technology specialists.

The technology was built to have "video" instead of photo based street view like Google has. In essence you would enter a destination from point A to point B, and it would show video (that was 360 degree) of the route.

This technology was built by me, I started at 14, stopped working on it when I was 19. Currently there is nothing on "www.ridethehighways.com" but all the source code and technology remains with it's' founders.

I currently have a copyright/patent on this technology, you can search the copyright catalogue yourself. United States Copyright & Patent: TXu001673279.

An all platform SQL client using Ant. SQuirreL SQL is a Java based SQL program that will allow you to view the structure of a JDBC compliant database, browse the data in tables, issue SQL commands etc.

I know every language that is relevant on the market today, which I've listed in my bio. The languages I know, I know them extremely proficiently.

I've published and released over 37 web applications in my career and have helped 75+ apps launch.

My skills range from Apache (Apache Kafka, Apache Hadoop), all the way to the classic "C" programming language.

Perfectionists with deadlines, nice to meet you. I am bar none the best in Django in the United States, if you can find someone better than I am, please introduce me, I would love to sit down and talk with them.